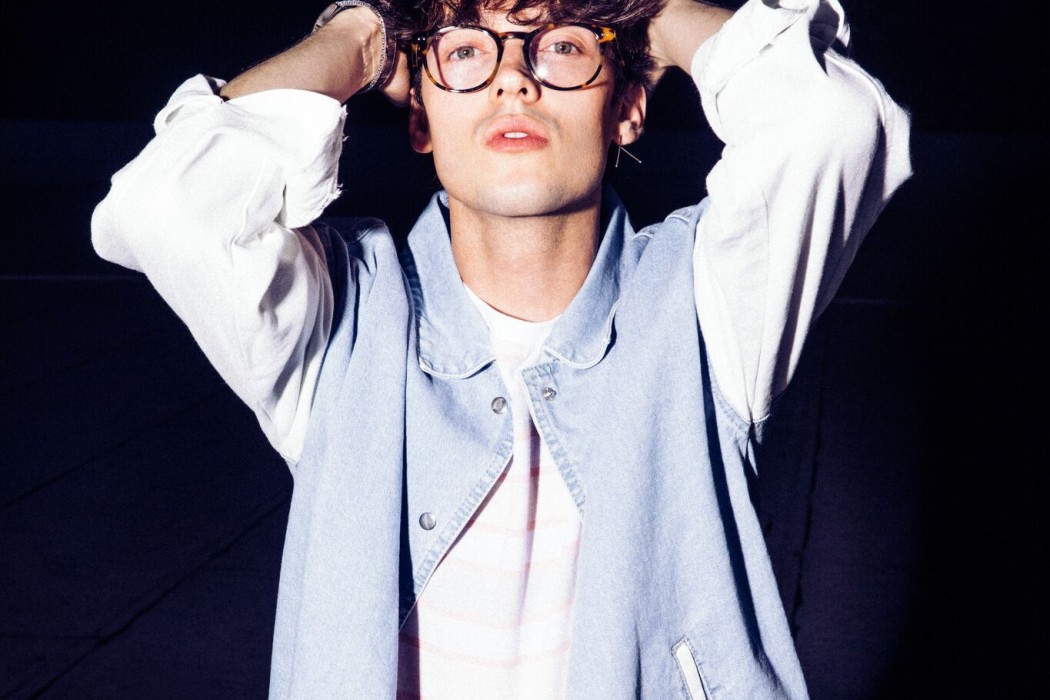 Rising musician Eyelid Kid discusses his new single ‘Rosegøld’ and what fans can expect on his second EP, sophomøre.

An Austin, Texas native, Eyelid Kid has begun to make a name for himself in the entertainment industry. It is through the use of a synthesizer and the rhythmic beat of live drums that he is able to transport listeners to the worlds he creates.

Born to the name of Paul Grant, he gives credit to his hometown for inspiring him to get involved with music.

“I think growing up in Austin has always given me a pretty special connection to music,” Eyelid Kid explains. “Being a musician was never really a question to me; it’s more about navigating my life to allow for the time and energy music demands.”

I guess I’m just surprised that none of it stopped me.

Nothing has stopped him from following his dreams, including the devastation and utter defeat many would feel when entire albums are lost to hard drive crashes. The performer adds that he’s had MacBooks die while he was on stage. “I guess I’m just surprised that none of it stopped me,” he concludes as he remembers the trials he’s endured so far.

These events wouldn’t have stopped the music from flowing from him though.

“For me, inspiration can come at any point in time,” explains the EK Fashion Line designer. “When it does, I do my best to make something of it.” He admits that it can occur when he becomes one with the natural beauty around him as well. “Sometimes I’ll go camping and emerge myself in nature where my thoughts can breathe.”

No matter where the inspiration may strike, it seems like magic is almost guaranteed. This is especially true with Eyelid Kid’s newest single “Rosegøld”, the first from his second EP.

The vocals are simple and create an emotional bridge between the listener and the electronics.

Giving a feeling that is both electric dance pop and ethereal, fans will be able to feel like they are anywhere in the galaxy while listening to “Rosegøld”. Whether it’s in the middle of the forest or at the heart of a dance floor, they’re able to immerse themselves in this universe and feel good at the same time.

“‘Rosegøld’ is a house inspired original with glittery synths, talking pianos, and crunchy drums,” he says of the single. “The vocals are simple and create an emotional bridge between the listener and the electronics.”

Dubbing his music as “frosted pop”, Eyelid Kid reveals that this stellar single was actually created by accident. He says, “While using the project folder as an exercise on how to build my own synth sounds from scratch, I formed the chords and melodies. Once I added drums and vocals, I realized it was meant to be much more than I intended.” 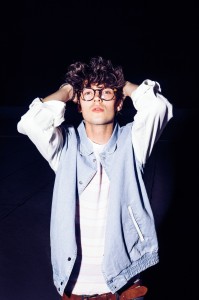 The song seemed to have taken on a life of its own, from the cover for the song to the release of it. Gracing the artwork for the single are some of Eyelid Kid’s friends – Tyler Posey [“Teen Wolf”] and Sophia Taylor Ali [“Faking It”] as well as longtime girlfriend Violett Beane [“The Flash”].

“I had wanted to crew up on a photo shoot for some time and the group you see in the cover art are the friends I’ve been kicking with all summer,” Eyelid Kid says of his choice in models. “It was only natural. I believe the group helps tell a story of some sort.”

From there, “Rosegøld” became the first single from his upcoming EP not only for the work he put into it but also its timing.

“Honestly, it was the first one that was ready!” he says of the song. “I think it sets the tone nicely and gives a taste of what’s to come!”

Describing the rest of his EP, Eyelid Kid reveals it to be self-produced. The EP, appropriately named sophomøre, will feature a good amount of emotional transposed vocals that sit on a bed of syrupy sound, according to the musician himself. “I think the sentiments and tone will be somewhat similar to Hometown but I think the overall sound will be a bit more mature,” he says when he compares his new EP to his first one.

“I think that’s for it to decide,” Eyelid Kid responds when Teenplicity asks how he wants sophomøre to stand out against his other music. “I try to just make the material and then see where it goes and how it stands on its own.” However, he hopes that the EP will continue to grow even past its future release. “I would like to license it for film and fashion projects if the opportunity presents itself!”

In the past, Eyelid Kid’s work has been given the opportunity to be perceived and creatively acted on by those closest to him. Violett Beane directed, edited, and starred in the music video for his song “Landscape” just last year.

Violett took his song and developed a dark, haunted aspect for the video, breathing a completely different kind of life into his work.

Eyelid Kid recalls the entire experience to be awesome. “We know each other so well that working creatively together felt seamless. Violett plays a pretty big role in Eyelid Kid behind the curtain – she developed the website, works as a second ear to all of the recordings, and of course is the never-ending muse.” 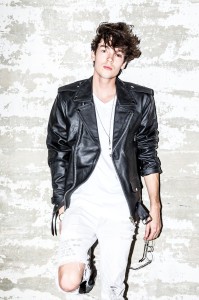 Yet as much as I learned, I will probably be able to say the same thing in a few years from now.

Perhaps that could be due to a future musical collaboration with some of his favorite artists. Naming just a few, Eyelid Kid cites Donald Glover, Frank Ocean, and Mark Foster to be some of the artists he’d love to work with.

Until that happens, he will continue his journey of growth, musically and personally.

“Honestly, I’ve grown in every way imaginable,” he says as he looks back on his time as an artist thus far. He acknowledges, “Yet as much as I learned, I will probably be able to say the same thing in a few years from now.”

This is in part due to those he surrounds himself with. He says it is more the spirit of a few close individuals that helps guide him with his career rather than just a statement from one in particular. “I can’t really put it into one piece of advice,” he confesses. “But I couldn’t do it without them!”

Eyelid Kid’s single “Rosegøld” is available for purchase on iTunes and to stream on Spotify now!

***ABOVE PHOTO CREDIT TO STORM SANTOS

At any given time, there has been multiple issues and communities in need of aid. It is easy to feel overwhelmed and unsure of…