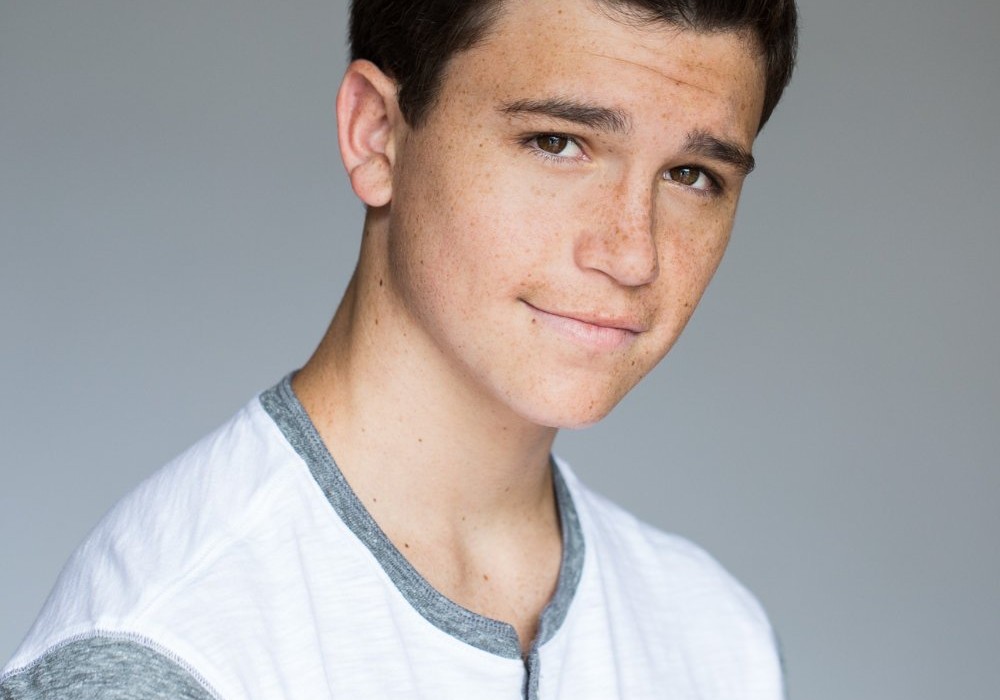 Freeform’s hit television show “The Fosters” is well known for covering topics that parallel society today. From dealing with sexual identity, to discrimination, school shootings, the American foster-care system, and drug abuse, the series is unafraid to approach subjects that other shows have shied away from.

When 16-year-old Kalama Epstein joined the show, his character Noah brought several sensitive issues of today with him. The son of a pastor and the victim of online bullying, Noah comes from a good place most times, though his judgement is not the best.

“Noah, he’s this Bible boy,” Kalama describes his character as. “I wouldn’t necessarily say he’s really hardcore, follows every rule, but he’s definitely very mischievous.” In fact, Noah has a medical marijuana card that he uses to smoke pot in his free time for recreational use. This expands the shows coverage of the abuse of drugs, which previously would highlight Mariana taking her brother’s ADHD medication. “He doesn’t always have the best decision-making skills,” says Kalama of Noah. With a laugh, he comments, “As I feel a lot of people on ‘The Fosters’ don’t.”

However, Kalama doesn’t believe his character’s actions are done with malicious intent.

“[Noah] has good intentions. He’s a sweet boy. He’s openly gay and he’s proud about that. At the heart of it, he’s really just a nice, loving kid who likes to have a little fun.”

The addition of Kalama to the cast received great responses from fans and their attachment to his character was quickly known. In the first half of season four, audiences witnessed more of the repercussions that recent events have had on Jude [Hayden Byerly] and his love life. It is due to this, and the fandom’s quick attachment to Noah, that they’re concerned that Noah might just be a rebound.

“I think at the moment, Jude definitely cares for Noah and they have something there,” Kalama says of fan concerns. “I feel like they definitely connect as friends and also on another level, they connect too. I think whether or not Jude and Noah stay together forever or whether they do fall in love or whatever the circumstances, I think Jude’s emotions are real as of right now.” As far as if that will change in the second half of season four, Kalama doesn’t know.

Beyond their feelings for each other, another fan concern is about the influence Noah has on Jude. Noah’s medical marijuana card, and his use for it to get the marijuana for recreational use, has gotten himself and Jude into trouble with the latter’s family. This ultimately caused the two to start sneaking around as well.

“Like I said before, Noah has good intentions but,” Kalama begins before letting out a quick laugh, “that doesn’t always mean he makes the best decisions. I think in truth, Noah’s probably not the greatest influence for Jude.” While Kalama does admit that he thinks experimentation is pretty normal amongst teens, he reiterates that he doesn’t believe that Noah is the best influence. “I think Noah’s definitely getting Jude out of his comfort zone and getting Jude to try new things. Truthfully, you can see how the pot has been affecting Jude and affecting his relationship with [Jude’s] family in 4A. You can kind of see that come into play in those final few episodes.”

Despite this, Kalama hopes that Noah is able to change his attitude on things and that he’ll no longer a questionable influence.

When asked about what he thinks Noah and Jude will be facing in the second half of season four, the young actor thinks that the duo will have to come face-to-face with Jude’s family and figure out that problem.

“As of right now, they’re very secretive. Noah and Jude aren’t allowed to see each other,” explains Kalama. “Jude is kind of sneaking behind his family’s back and seeing Noah. They got caught in, I think, [episode] 409 and then that kind of really spun everything. So I think Noah and Jude will have to face the family together and we’ll get to see how that plays,” he says, laughing as he continues, “with facing the Fosters family.”

If it were up to Kalama, he would like to see Noah get to know the family better and get over their differences. Also, he hopes, “I would love to see Noah maybe find a way that the pot isn’t as big a part of Noah and Jude’s relationship – I would love to see that come into play.” He also thinks it would be fun if the writers touched on and explored more about Noah’s personality. “Those are the main things I’d love to see play out in 4B.”

Kalama took a moment to think when Teenplicity asked what scenes were the hardest to film on “The Fosters” and which were the most fun.

“The hardest scene to film was probably, so far, in 409 when [Noah] and Jude are hooking up on the couch.” The 16-year-old credits this to the uncomfortable positions, the camera, and the large group of people surrounding the area which makes it hard to move. “There hasn’t really been any physically challenging or mentally challenging scenes to film.”

Although, Kalama brings up the porch scene from the episode ‘Forty’ as challenging, “Because I really wanted to nail that and get the monologue right.” The monologue he’s referring to is the one with, “all of Noah’s problems with getting bullied online about being the son of a pastor.” According to Kalama, he really wanted to get the piece right.

“But other than that, physically challenging, I would say that hookup on the couch because we were in really awkward positions and it started to get interesting. Definitely makes it hard to position yourself correctly and you have to make sure that it all flows together well, so you can’t be in a completely different position.”

As far as the most fun he’s had filming, he points to the scene of Noah and Jude eating gummy worms. “That was a lot of fun.”

If given the chance to step into the shoes of another character, Kalama thinks for a short moment before picking Nick Stratos [Louis Hunter]. “It’s such a fun, interesting, complex character,” he says of Nick. “It’s so, so fun. There’s so many layers to Nick. That would probably be the one character that I think would be a blast to jump into and play.”

When a fan asked about who he’d like to have a scene with during the second half of season four, Kalama cannot decide at first.

Off-scene, Kalama has grown up like any other teenager. He deals with the struggles of balancing school and a job, as well as the stress that accompanies it all. He says that he learned through finishing up school at the end of the school year, finishing up projects, and learning scripts and auditioning every single day, “If I really wanted to and if I really put myself to it, I can pretty much do really anything.”

Kalama confesses, “I started to doubt myself towards the end of the school year. I started to get really behind in school and I had a lot of auditioning and I had other projects – it just all started to come together where I was worried. And then I just – something in me clicked – and I put my head down and I knocked out so much school and got everything done. It all worked out perfectly. So I think that’s one of the things I learned about myself, is how hard I can work. If I really put myself to work, how hard I can work. Which is something I didn’t really know about myself I guess, before this year, with how hard I could work and how I can focus if I really try.”  He believes that everybody can do it too if they really put themselves to it.

Despite his crazy schedule, Kalama is still looking for ways to help out in the community. He grew up with his father being heavily involved with the Special Olympics.

“Growing up, I went to the Special Olympics Summer Games every single year and going to all the different events they have all year-round and volunteering and working with my dad, that already puts you in a position where you enjoy, when you grow up, doing that,” the actor says. “I enjoy doing that volunteer work and giving back and really helping. I enjoy it,” he says genuinely and passionately. “It’s fun, I have a fun time doing it. That definitely influenced me. I would say just growing up, working in that environment and volunteering and helping out – it’s a great feeling. You have a lot of fun doing it.”

He hopes others get excited and volunteer too, namely his fans, of whom have been credited for getting him very active on social media.

“Thank you for the conspiracy theories!” he says as part of his message to fans, which gets a laugh from Teenplicity. “Thank you for making Twitter a fun place. It’s very… I feel there’s no real hostility I’ve encountered on Twitter. I mean, there’s haters and trolls here and there but a majority, thank you for the support, the support of the show, for supporting me. All these supporters and fans, they make social media and all this so great,” he says of his fans. “Nobody treats me like a celebrity which is awesome and that’s exactly what I want – I don’t feel like one and I don’t think I am one. So it’s nice to be able to have people where it really just feels like just a friend talking on Twitter. And that’s what it feels like when I talk to these fans of the show and supporters on Twitter. They feels like friends and it feels like I’m just having casual conversations with friends which just makes the whole experience so much better. It’s awesome.”

Be sure to watch “The Fosters” on Freeform when it returns in 2017!

To keep up with everything that Kalama Epstein is working on, be sure to follow his Twitter!

After speaking to J.J. Totah, it’s almost hard to believe that his career in the entertainment industry began about five years ago. The young…