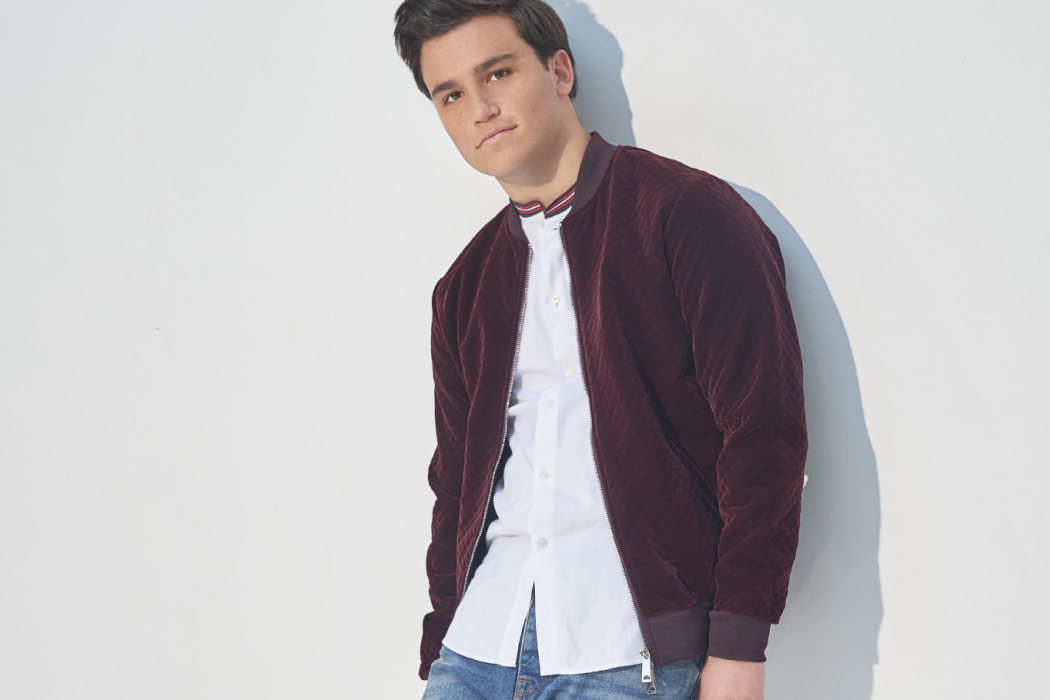 When Teenplicity first interviewed Kalama Epstein, it was as he was in the midst of his run on Freeform’s The Fosters. At that time, he portrayed Noah, the gay son of a local preacher who was a frequent victim of cyberbullying. Now, the actor is bringing fans on a different journey as Jeremy in Netflix’s new series No Good Nick.

Best recognized for his role as Noah, Kalama finds his new character to be the very opposite of what fans last saw him as.

“Noah was very laid back and easy going whereas Jeremy is ultra-uptight and conservative,” explains the actor. “I think that the characters also explore very different themes. No Good Nick gets to explore Jeremy’s struggle with who he is behind his egotistical and sarcastic exterior.”

The Netflix series is unlike most available today. Not only is it a serial sitcom, meaning that the story continues through each episode instead of starting anew each time, it’s also a mystery drama.

For someone who plans every beat of his life, Nick’s arrival throws Jeremy for a loop. It ends up affecting him severely in school and his personal life.

Between the storylines, the plot, and the technical setup, the entire experience filming No Good Nick was extremely different for Kalama compared to his time on The Fosters. “The Fosters is a single-camera drama while No Good Nick is shot in a multi-cam sitcom format. The Fosters was shot both on location and on a set while No Good Nick shoots almost entirely on a set.” He goes on to explain, “On No Good Nick, we rehearse Monday, Tuesday, Wednesday and then film on Thursday and Friday. On The Fosters, we would rehearse the scene a few times before filming it, as is usual for a single-cam show.”

No Good Nick follows a young teenaged street-smart con-artist who, according to Kalama, infiltrates an unknowing family, “bent on revenge for a mysterious reason.” This new addition to the family puts his character on edge. He goes on to describe his character further, saying, “Jeremy is egotistical, overly-suspicious, and determined to find out what Nick is up to.”

A school politician who, according to Kalama, has already planned out his life all the way to his two-terms as the 49th president of the United States, Jeremy reaches the highest highs and lowest lows that he knows of in season one.

“Season one is packed with a lot of ups and downs for Jeremy,” the actor says. “For someone who plans every beat of his life, Nick’s arrival throws Jeremy for a loop. It ends up affecting him severely in school and his personal life.” Though at times it seems to work out well for Jeremy – with Nick helping him win the election, although he doesn’t know she cheated – it’s not always for the best. His suspicious nature causes a bit of a rift between him and his family throughout the first ten episodes of the season. While his mom is the only other family member hesitant on bringing Nick into the household, Jeremy is the only one who doubts that her intentions are pure. 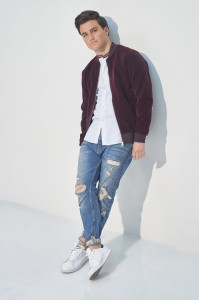 The audience finds out very quickly that Jeremy is right to be suspicious. Despite the evidence that Nick presents to show that they’re family, everything else is carefully constructed so that she joins the family in order to steal from them. The first half of the season keeps viewers guessing on multiple fronts, asking themselves questions about why the Thompson family is so special and what happened in Nick’s past.

While some of the mystery is still unsolved and waiting to be unraveled in part two of the first season, the cast got to know quite a bit of it beforehand. “A good amount actually!” Kalama exclaims. “There were certain details that were surprising when reading the new scripts every week, but we had the full show pitched to us prior to and throughout filming.” Other cast members on the show had some theories and “What if?” thoughts regarding the rest of the mystery of the storyline, according to co-star Siena Agudong, but the actor says he personally didn’t have too many theories. “I had a good idea as to what was going to happen,” he begins, “but there were a few times where I guessed some small details that turned out to be true!”

I still have a passion for acting, but that spawned from my initial passion for directing.

Working through the mystery surrounding Nick’s sudden appearance in the Thompson household wasn’t the most difficult part of filming for Kalama but rather, finding a delicate balance between the humor and the “darker, more dramatic” moments that the script calls for. This is one of the most important aspects of the show because if done wrong, the entire story could fall flat.

“As you’ll see, later in the season there are some serious moments that are surrounded by jokes, and finding the correct tone for those scenes provided a unique challenge,” he expresses.

The first part of season one left viewers with quite the cliff-hanger that many can anticipate some fallout from when the show continues. Though Netflix hasn’t announced the premiere date of the second batch of episodes, fans can revel the fact that the cast is close beyond the scenes and enjoyed working together throughout. In fact, with stars like Melissa Joan Hart and Sean Astin on set, there’s much to gain in the experience. “I definitely learned a lot from watching them on set. There are lessons in how they handle themselves on set, in and out of character,” he reveals. “They are also always dropping knowledge bombs.”

Other “knowledge bombs” that Kalama got from being on set was what it was like to be a big brother to little sisters. “Which means I got to pick on Lauran and Siena (Molly and Nick, [respectively]) a lot,” he teases.

Though acting is what Kalama is best known for, it was not his first love.

“Directing is my first passion,” he says. He confesses, “That’s the route I always imagined myself going down. I love it with all of my heart.” His love for directing isn’t going to keep him from acting though, so none of his fans need to worry. “I still have a passion for acting, but that spawned from my initial passion for directing.”

Teenplicity had to ask Kalama if he would be up for the chance to step behind the camera on No Good Nick. “Yes! I would love to direct an episode in the future. It would be a dream,” he expresses. “Maybe in a couple of seasons!”

With some words of wisdom, Kalama says, “Fans can look forward to the road if they are driving! This has been a PSA on Texting and Driving.”

He adds, “Other than that, fans can look forward to the second half of season one of No Good Nick later this year!”

Kalama: Well definitely Nick… because… you know. My second choice would probably be Todd, Jerry Trainor’s character, as I think the con would go south but it would be pretty hysterical to watch and would be worth going to jail for.”

No Good Nick is available for streaming now on Netflix!