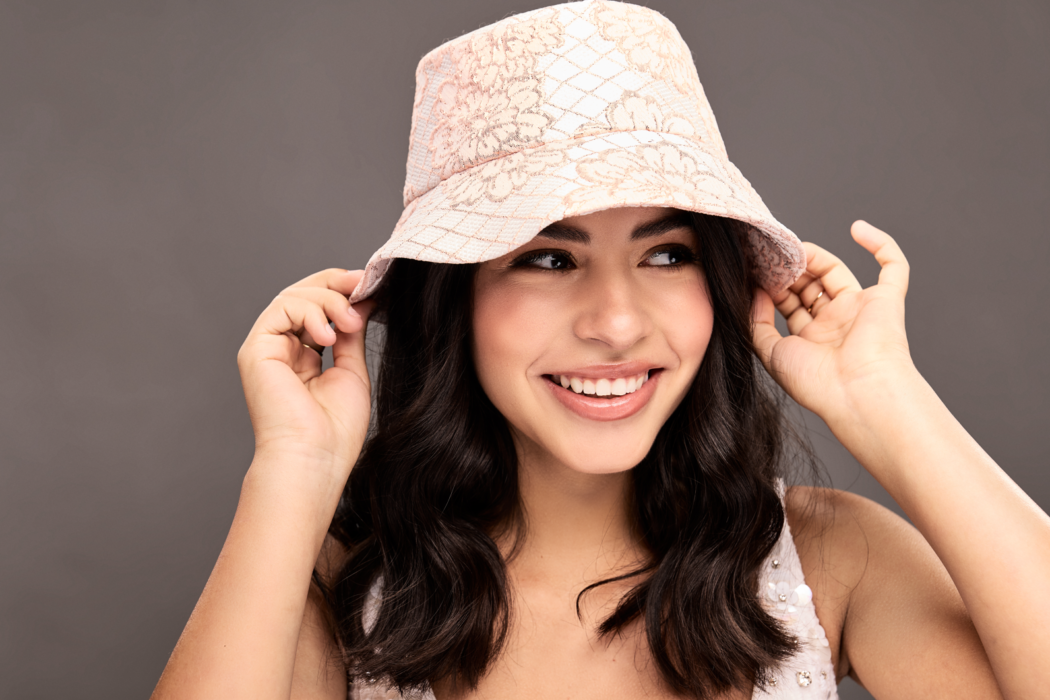 When it was announced that Xochitl Gomez would not be able to reprise her role in the second season of Netflix’s The Baby-Sitters Club due to scheduling conflicts after being cast as America Chavez in Doctor Strange and the Multiverse of Madness, fans of the series didn’t have to wait long to learn what the fate of the beloved character Dawn Schafer would be.

In the announcement that shared about Xochitl’s departure from the series, Netflix included the exciting news that a different actress would take up the mantle of Dawn. The streaming platform shared the video of Kyndra Sanchez on a Zoom call with the cast of The Baby-Sitter Club the moment she found out she got the role of Dawn.

“I was in shock!!” she said when she recalled that moment. “It’s always been a dream of mine to be a part of such an inclusive show with empowering young women, so when I got booked to be Dawn, I was sobbing after the zoom call and so was my mom. It was a dream come true.”

It’s part of a dream she’s been working on for years. According to the actress, she was eight and walking in the mall with her parents when she spotted a poster of a model who looked like her. “She gave me so much hope,” Kyndra said. “I remember looking up to my mom and asking her, ‘How can I be like her? How can I put myself out there?’ Later that day, my mom signed [me] up for a local acting program, then I eventually auditioned for my agent, and that’s where my journey began!”

Her journey brought her roles in Sesame Street, The Queen’s Gambit, and Finding ‘Ohana before it eventually led her to The Baby-Sitters Club.

The cast of The Baby-Sitters Club already showed their incredible support and welcoming attitude when they broke the news to Kyndra about being cast in the show, and that extended to when she got to know the group. “It was so exciting!!” she said about finally meeting them after that incredible Zoom call. “After I got booked, the girls made a BSC group chat and we texted and FaceTimed a lot. So we built a friendship before we even met in person. But once we met in Canada, we bonded immediately and from there our friendship grew!”

Everyone navigates a difficulty in their life, and that’s okay, and I think it’s really important that it’s portrayed on-screen so people know they are not alone.

When discussing how it felt to take over the role of Dawn, the actress said, “A new door opened for [Xochitl], and a new door opened for me! I was grateful to be portraying such a cool character that I share many similarities with.” It also helped that Kyndra loved the books. “I’ve always been an active reader,” she added.

Still, stepping into the role of a character that someone else had already established can be a daunting task for an actor. The Long Island native embraced the challenge and worked to make Dawn her own.

“What I did to embody my character was really tap into her emotions. I connected with Dawn and built a relationship with my character. It was really easy to connect [with her] because we are so similar in many ways, and I felt like that showed on screen.”

Describing her character this season, the actress said, “Dawn is a kind and confident girl who uses her voice to empower. She cares for people, animals, and the environment. Dawn is also really into spirituality! Her room is filled with plants, crystals, and posters for a change!”

The second season of the Netflix series continued to provide the members of the BSC with challenges that encouraged them to overcome their struggles. “In season one, Dawn was all good with everything. But in season two, she sort of explodes from bottling up her emotions,” explained Kyndra. “Dawn struggles with anxiety but with the help and support of Mary-Anne’s dad Richard, she finds a way of calmness and security with a hobby. Everyone navigates a difficulty in their life, and that’s okay, and I think it’s really important that it’s portrayed on-screen so people know they are not alone.” 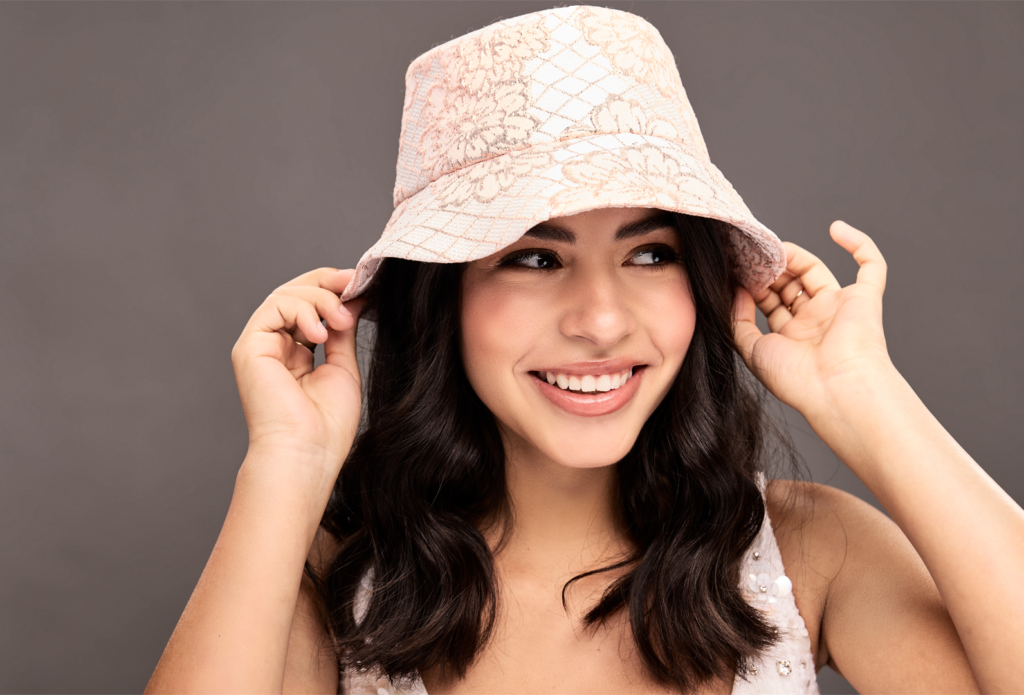 The range of difficulties the girls experience is also part of the reason that season two differs from the first. With the first season, familiar audiences were reminded of these iconic characters while new audiences were introduced to the BSC. With season two bringing fans of all ages onto an equal footing with their familiarity, the characters were able to grow and develop further.

“Each of the characters has evolved in their own way, so I would say season two is a bit different due to character development,” Kyndra said. That growth comes from the difficulties in their paths this season. “Each of the girls struggles with something, but they always find a way to overcome it. This is really important because life will always throw you obstacles, but it’s always important to never give up and overcome them by learning.”

Learning didn’t just happen on-screen. Off-screen, Kyndra had been able to expand her knowledge about how to help the environment – a passion she and her character share.

When discussing what she learned from her character, the actress named one episode in particular where it mentioned Dawn using sustainable fashion. “I’ve always loved thrifting because I find that they have one-of-a-kind, cool pieces!” She continued with the knowledge she had gained from her bookshelf as well. “From what I’ve learned from reading How to Give Up Plastic by Will McCallum is to give up single-use plastic. For example, replace single-use plastic straws with a reusable straw! One that is compatible to take with you everywhere. Making these subtle changes can help a lot. Along with spreading the word on how to live a more eco-friendly life to your friends and family.”

She added with a smile, “Always remember the three R’s: Reduce, Reuse, Recycle.”

I hope that as Dawn in season two, I will inspire others to give a helping hand to someone in need.

The Baby-Sitters Club celebrates doing more – for yourself, for others, and for the environment. Its members help each other and their neighbors out, showcasing fantastic friendships throughout the series. The show also does much in the way they represent their audiences.

“As I mentioned earlier, I love being a part of such an inclusive show,” Kyndra gushed when asked about her favorite aspect of being a part of the series. “Inclusivity is very important to me. When I was growing up, there weren’t many actors on screen who looked like me. So being Dawn as a Latina girl is so special to me because now I get to be the person I never had growing up. I hope to inspire others who look like me and to let them know that if I can do it, they can. [I also hope to] spread a message to everyone to always follow their dreams and goals because anything you put your mind to is possible.”

Discussing what she was most excited for audiences to see with season two, the actress said, “I can’t wait for audiences to see how authentic and realistic each of the girls in the BSC are, and to find similarities whether that’s within their personalities, opinions, or backgrounds!”

Throughout the series of the show, the characters interact with a number of people outside of the BSC. For Kyndra, there’s a few characters that she would love to see Dawn interact with more: her dad and brother. “They live in California and in the BSC books, Dawn mentions how she really misses them,” she explained.

Overall, there is one thing Kyndra hoped audiences gained from her portrayal of Dawn. “I hope that as Dawn in season two, I will inspire others to give a helping hand to someone in need.”

No word yet on whether or not The Baby-Sitters Club has been renewed for a third season, though it’s hard to imagine it not happening. The show resonates with all age groups and explores topics and relationships relevant and important to its audiences, garnering a large amount of attention and discussion. And while Kyndra is surely hopeful for a renewal, she still looks forward to what may come next in her career.

She also stated she wants to be in a horror movie. “I love watching horror films so I can’t imagine what it would feel like to be in one!!”

Whether those future projects include her dream costars or not – Elle Fanning and Joaquin Phoenix – TEENPLICITY looks forward to seeing all Kyndra will accomplish next.

The Baby-Sitters Club is available to watch on Netflix now!