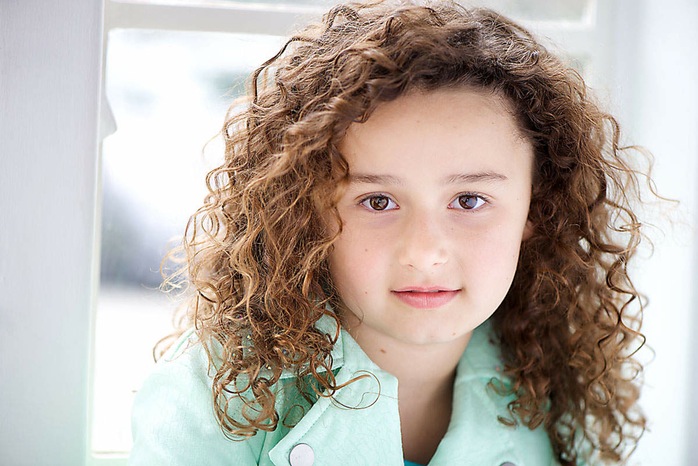 Rebecca Bloom stars as “Marcie” in the lovable, family film “The Peanuts Movie”, in theaters now.

The famous gang from comic strips and television specials are stepped foot into theaters near you earlier this month, introducing new audiences to the classic characters.
“It’s still the same lovable characters, still Charlie Brown always trying, and Marcie loving books,” Rebecca says of the movie and her character. The characters haven’t changed much from their favored concepts.
On getting the news that she would play “Marcie”, the sweet and ‘adorkable’ friend to Peppermint Patty, Rebecca remembers, “I was so excited, I didn’t know what to do with myself!”
Her favorite scene in the movie features one of her favorite characters, besides Marcie. “I like (the scene) when Peppermint Patty is sleeping in the middle of class!”
Rebecca states that she wasn’t nervous to join the legendary franchise. “They make it really easy to join.”
“I know (the cast) really well but we never got to work together!” Rebecca says of the recording process. She recorded her lines for the movie alone. When Teenplicity asks if they’re close now because of press, she says, “Yeah, we’re all so close!”
“I didn’t really have a difficulty,” she recalls about her work for the movie. “I love every part of it because it was so much fun.”
Rebecca says that while not much has changed to the characters over the years, other things have. “The only thing that’s really new is the technology and animation!”
In addition to acting in front of a camera, working on “The Peanuts Movie” fed her love for another part of acting. “I really love voice-over!”
“It wasn’t my first voice-over job,” Rebecca says about her voice-over work for “The Peanuts Movie”. “But it’s the biggest thing I’ve done for voice-over.”
In the future, Rebecca hopes to continue to grow as an actress and explore other projects.
“A Nickelodeon or Disney movie!” she says of her dream jobs. “And I’d like comedy movies and drama movies too.”
Being such a young talent in the world that is Hollywood, the best piece of advice that Rebecca has received is to stay humble. She does so by swimming and taking enjoyment from her schoolwork. “I like dancing,” she says in addition. “I’ve been dancing for a year.”
While Rebecca couldn’t divulge what other projects she’s working on that moment, you can be assured that she’ll continue her hard work and that you will be seeing more of her.
To her fans, Rebecca says, “Be true to yourself!”
You can follow Rebecca Bloom on Twitter and Instagram at “@RebeccaBloom12”!
Be sure to check out “The Peanuts Movie” in theaters now.