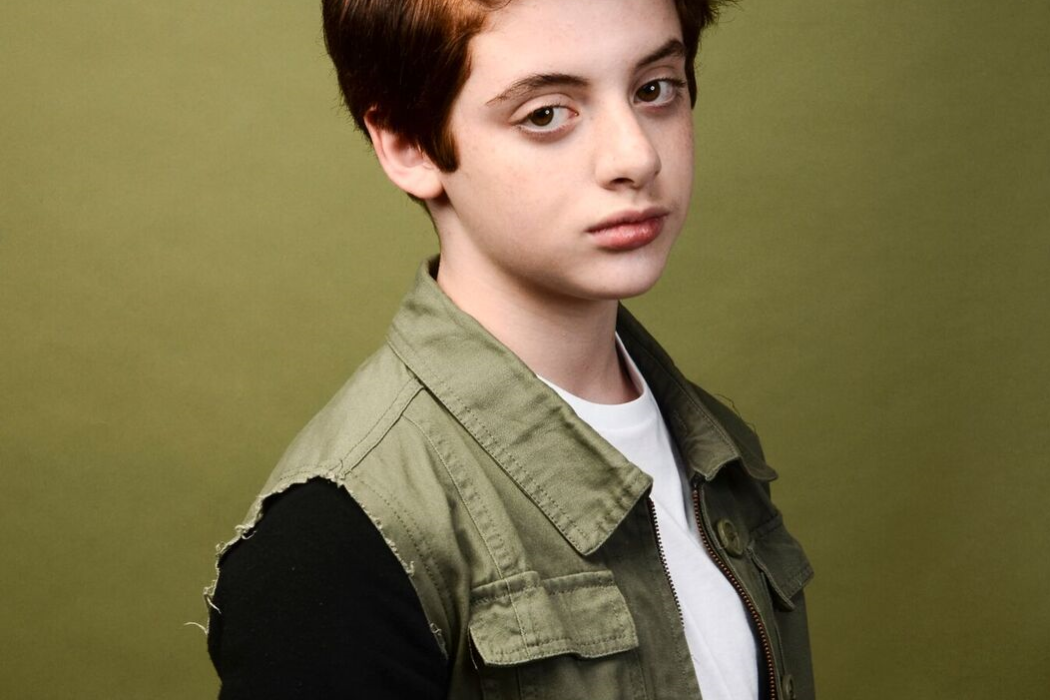 For young Hollywood, Thomas Barbusca is like a breath of fresh air. Whether it is his spot-on assessment for comedic timing or his ginger hair, there is something about this New Jersey native that makes his performances, big and small, simply memorable.

In theaters this October, fans will get to see Thomas bring an exceptionally enjoyable character to life.

Middle School: The Worst Years of My Life stars Thomas as Leo, the best friend and partner-in-crime to Griffin Gluck’s character, Rafe Khatchadorian. The movie is an adaptation of the book series by James Patterson and follows as Rafe, new to school, discovers the insane ‘Code of Conduct’ enforced by Principle Dwight [Andrew Daly] that restricts any and all creativity to essentially nothing.

“Everyone has that stupid friend…” Thomas jokes of his character, who has even been described as ‘The Devil on Your Shoulder’ in promotional pieces for the film.

“Principle Dwight has a strict ‘Code of Conduct,’” he says of the what causes the chaos at the middle school. Rafe and Leo, along with others from the middle school, have a mission to, as Thomas says, “Break every rule in it.”

When asked what his favorite rule to break was, Thomas kept it hush-hush, though he did mention that it involved lobsters.

Getting to play Leo was a joy for him in more ways than one. Not only did he get to dye his hair but Thomas also formed a friendship with Griffin Gluck, which he counts as one of his favorite parts of this role.

“I’m sure they have a ton of outtakes,” Thomas says of the fun that was had on set.

However, for fans looking for his overall favorite scene in the film, don’t expect to see it in the very beginning, or even the middle.

Thomas reveals, “The ending was definitely my favorite and when you see it, you’ll know why.” 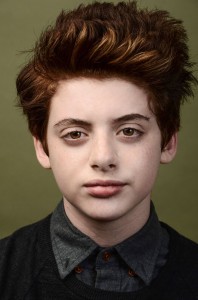 For the young actor, his older fans will be able to enjoy his role in FOX’s television movie, and later series, “The Mick”.

“The Mick” follows the story of Mackenzie ‘Mickey’ Murphy [Kaitlin Olson] who is stuck with taking care of her nieces and nephew after her wealthy sister flees the country to avoid a federal indictment. She quickly learns that taking care of children is no easy task, and most definitely one that she was not ready to take on.

The trailer is hilarious and has no problem pointing out the flaws of its main character. Instead, it thrives off of them and helps the comedy grow as audiences see that she might be getting an idea on how this whole parenting ordeal goes. SPOILER: She still really doesn’t know by the end of the trailer.

“I loved it!” is what Thomas says his first reaction was to reading the script for the show. “The writers Dave and John [Chernin] told me they actually wrote the role with me in mind. So that made me love it even more!” he exclaims. He says that it was so cool to have the role be created in that light. “And there were some really funny scenes that I was really excited to take on.”

Outside of television and movies, Thomas has dominated the domain of commercials for years. His previous jobs include Dominos, Ford, JC Penny’s, and Lunchables. One of his most famous commercials, however, happens to be when he took flight as the boy who never grows up, Peter Pan, for Geico.

“My family and friends really loved it. They’re obsessed with it,” he says happily with a laugh. Of the large response he’s received for the commercial, Thomas says, “I think it’s been great overall. I mean like, talking to fans on Twitter, there’s obviously the haters and then there’s the people who love it. But it turned out really fun.”

The fan reaction wasn’t limited to social media though.

“The commercial started airing really heavily when I was in Atlanta, GA shooting Middle School,” he reveals. “It was funny, just walking around and people coming up to me and quoting the commercial.”

When Thomas talked with Teenplicity in late July, he discussed his future projects that fans can get excited for.

“I have a cool back-to-school campaign starting up next week,” he says at that time, which is later revealed to be the hilarious Old Navy “Back-to-School” commercials with Skai Jackson and Amy Schumer.

“As well as another fun project – that’s “Funny or Die” – that should be streaming soon,” the actor says with the excitement flowing from his voice. Lastly, he reveals that he’s teaming up with Netflix once more and has started working on “One Day at a Time” with them, a remake of the 1970s series that lasted for nine seasons.

With the large variety in his roles, Thomas calls it “Every actor’s dream”, as he’s able to go from one project to another.

“It’s been really great, having a good mix of comedy and drama,” says Thomas of his resume. “I’ve had a lot of fun. I really have no complaints.”

His lack of complaints might also have to do with the thick skin he confesses he learned he has, as he doesn’t let rejection or the hate of others be taken personally. “I also learned that your real friends are going to stay by your side no matter what.”

And for his fans that have stayed by his side all this time, Thomas sends a sweet message of thanks for all their support. “I love you all,” he says. “Don’t give up on your dreams.”

Thomas also encourages fans to follow him on Twitter, as he loves the ability the social media platform has to let him interact so personally with his fans. “Tweet me questions,” he begins, then enthusing, “I love talking with all of you!”

Middle School: The Worst Years of My Life comes to theaters October 7, 2016.